The Mood of the Room
woodchip wallpaper, collaboration with Sinta Werner

In the installation ‘The Mood of the Room,’ the woodchip textured wallpaper dissolves off the walls like a skin, causing the room to feel organic and soft. The intervention is apparently minimal, yet creates intricate baroque effects. This dissipation of space disturbs fixed coordinates and subsequently confuses orientation, causing paradoxical impressions of both security and instability.

The space becomes a picture of a room, stretched with canvas and in turn crossed by folds, referring to Leibniz and acting a metaphor for the explanation of consciousness. “And to expand the resemblance,” writes Leibniz, “one would have to assume that in the room, a canvas would be stretched to accommodate the image, and that this canvas would not form a completely flat surface, but would be interrupted by folding (a priori knowledge).” And later he describes, “For we not only receive images or traces in our mind, but form new ones when we consider complex ideas.” (Leibniz, ‘Essays on Human Understanding’) 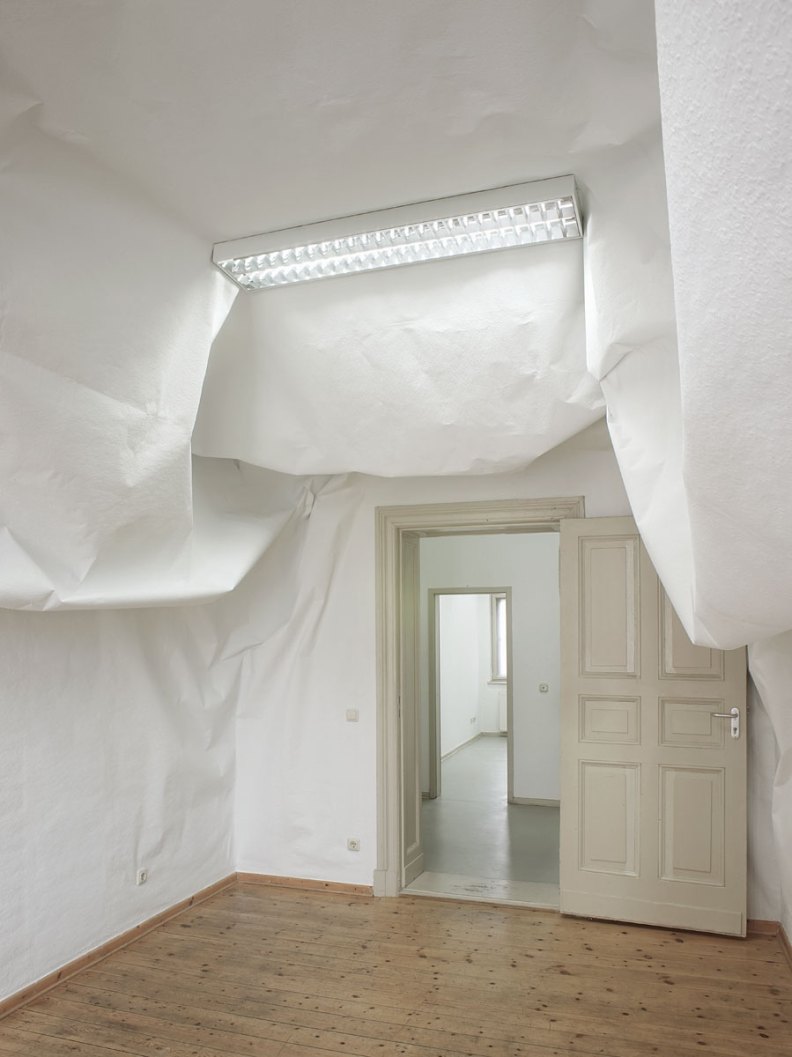